Went out to Omotesandō(表参道 おもてさんどう) today once again, two days in a row. I can’t quite remember the last time I went out to Tokyo two days in a row. Quite a rare occasion indeed. Omotesandō man. Place I’ve been coming since I was a baby. Mother told me I used to go play at “Kodomo no shiro”(translates to “Castle of the Kids”) down Route 246 towards Shibuya, my dad always got me toys from Kiddy Land Omotesandō, during middle school and high school whenever I come visit Japan I would go hangout in Omotesandō.

Omotesandō is a place that’s just inseparable from my life. I just love this place. More like I feel home when I visit Omotesandō. Almost like “I feel right” when I’m in Omotesando. No wonder I was celebrated as a baby in Meiji Shrine, the very reason why Omotesando exists to begin with because Meiji Shrine begins at Omotesandō Crossing that’s why it’s called Omotesandō(the front way to the shrine). Some people don’t even know why it’s called Omotesandō and believe Omotesando is a name of a place but in reality, every single shrine in Japan has “Omotesandō.” The front way to the shrine.

Oh by the way, Omote(おもて) means the front, Sandō(さんどう) means the road to shrine(the road of worship to be precise). So since it’s the front, they got the back also. Which is called Urasandō(うらさんどう). And is there a Urasando in Meiji Shrine? Of course there is. But I guess they removed it I don’t know why.

So yeah, Omotesandō. My hub. Removal of ‘time’ and the ‘other’

The new way of tackling problems.

Begins my career in SF 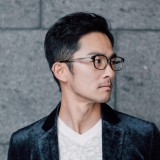